This is an archive of a consumer complaint published against RUDY L. KUSUMA at DirtyScam.com-

I go with the online reviews a lot. It been rare that I have found anything opposite of what said great. And, with Rudy, it was exactly opposite. How much you do for your clients and customers it is difficult to get a five star rating on the internet specially when you are providing any service to your client.When I checked the reviews about Rudy L Kusuma, I first doubted how can one get 5 star rating with all the happy customers. But, I put away my worries aside and thought of trying him for helping me out with the selling of my house. After meeting Rudy, I thought that he was extremely confident and would get a lot of nice buyers for my house.He should be his experiences and told me that he had more than 20,000 high profile buyers who would be interested in buying my house. He told me that everything will be taken care of. I need not worry about anything. I gave him all the details of the house and he said he would take care of things from there.After a week, I got a call from him saying that he had arranged someone to talk to me about the house. He said that he had already showed the place to that client and he wants to meet me for further discussing about the property price.Rudy assessed the cost of my property and gave me a rate that was lower than the cost I bought it for. It was a new house and was only six months old. I was moving to another city and that was the only reason why I was selling the house. I knew that it costed way more than what Rudy suggested.He gave me worthless reasoning to get the house sold at the price the buyer was willing to pay. It was only the first buyer and I was not ready to give up so easily when knowing that I could get much more than what he was offering.I rejected the proposal. This did alarmed Rudy about my expectations. He tried to convince me a lot. But, I knew what I was getting. After that incidence, I did not receive any proposals from his end. After three weeks, when I called him, he said that it would be difficult to help me with the way I was behaved with the buyer the last time.I will quote his behaviour to be rude and nosy. He must get me the right price for my house. I am never going to adjust with the price less than the actual cost of the house. I asked him to terminate the agreement and I sold my house with the help of the other agent. I got good profit and he was really helpful. It did not take more than 15 days for him to close the deal. He even asked me to wait if I wanted for better deal which was completely possible. But, I had to rush to the other city and needed to close at some profit.I believe all the reviews about Rudy is fake and he is incompetent and bossy. 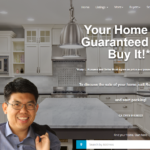