This is an archive of a consumer complaint published against RWM Home Loans at DirtyScam.com-

Working with John Martin and Alana Rippey was quite honestly a nightmare.I have never been more disrespected by or frustrated with anyone I have had to work with.Most of our contact was through Alana, who was largely unresponsive to our emails, questions, and concerns.She constantly asked us for sensitive information, which included our social security numbers and bank account numbers, over email, because she could not “find where we uploaded them to the secured website.We received the instructions on how to upload the documents from the companys website, and they always appeared uploaded from our end, so Im still not sure what the issue was.To be fair, this was one occasion when Alana did respond to our concern, letting us know they have a process for handling information received through email; however, given the sensitivity of the information this was still very nerve-racking.Most of the time when we sent her the documents she requested, she determined it was incorrect.I understand that this is a complicated process and we may not have sent the right information at first, but she would just respond saying that the documents were “unacceptable without any further direction on why it was unacceptable or what was missing.When we inquired about what was wrong with the document, she would ignore the email, and days later send a separate email saying that they were still waiting on the documents and simply reiterate the information sent previously.We were aware that they still didnt have the documents, because we were still waiting on her to respond to our questions.She would CC other people in the office on these emails, and write them as if we had been ignoring her.While we were mostly working with Alana, after realizing that she was unresponsive, we attempted reaching out to John for help and guidance.We sent him three separate messages  all of which were ignored. He finally called us days later to inquire about something else.We took this opportunity to ask him again, and he said was we needed to ask someone else.It would have been nice to know that when we first asked in order to speed the process along.I attempted to tell John and Alana about our frustration with the lack of communication a few times throughout the process, but was met with nothing but hostility.Alana emailed me back telling me that she did nothing wrong, ignoring my legitimate concerns, and blaming me for holding her back and complicating her work for reasons that she had been aware of since we started working together (for example, she claimed to not know that I would need to sign the documents in the state where I currently live, despite the fact that I had been in this state the entire time we were working together).As if Alanas email was not dismissive and condescending enough, I received a call from John, which he termed a “customer service call.Instead of asking me what had happened and I why I was frustrated with the lack of communication, John also blamed me, telling me that I needed to have more “compassion for his employee who cannot respond to emails.He would cut me off whenever I tried to explain my frustration and speak over me to explain things that were not relevant to the problem.It would have been nice if he had some compassion for me and my husband.I am a full-time law student and my husband works full-time, we live in separate cities, and are buying our first home.Johns call was easily the most offensive and condescending conversation I have ever experienced as both a client and someone who has worked in a customer service job.I am not someone who typically writes reviews, but this experience was so appalling that I wanted to make sure I did everything I could to prevent someone from being treated this way by John and Alana again.I do not believe it is too much to ask to have questions answered in a timely way, and I do not believe denying responsibility and blaming customers is an appropriate way to address concerns.Everyone else I know who as purchased a home found their loan officers helpful and responsive  that is all we wanted. 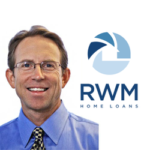