This is an archive of a consumer complaint published against Sakuma Realty at DirtyScam.com-

Extremely unhelpful, incompetent, and unprofessional.We had booked a condo in advance through Mary McClaflin and received confirmation emails.A week before our trip, we called again to triple check. She CONFIRMED it.We asked for our unit number, but it didnt match up with our email, so we asked about that.Then she said “That unit was sold & we dont manage it anymore! DESPITE the fact that we got confirmation emails WELL in advance and planned our trip believing we had a unit.Even during the call, we were lead to believe we had a unit until WE called her out on her mistake.She is unable to rent us another unit in her property because they are all booked already.Any new place we book (IF we are able to book so last minute due to her mistake) will be extremely expensive.This companys mistake has massively inconvenienced us you would think there would be some effort beyond “Oops, I rented you a UNIT I DONT EVEN OWN and “The other unit that I gave you the wrong number for, actually is someone elses too.Not sure how anyone makes a mistake this colossal, twice. They would not have even noticed, had we not triple checked & called.I guess even a confirmation email from a business doesnt confirm anything.What would have happened if believed the confirmation email and her initial phone call, & went to the other unit number she told us, only to find out that we do not have a rental? Not worth going through, ever. 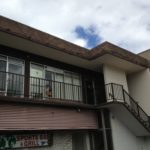