This is an archive of a consumer complaint published against Sam Ovens at DirtyScam.com-

Sam Ovens , the founder of Consulting.com and SnapInspect was an ordinary man working for an organization to earn for his bread and butter. As we all know, life isnt a magic wand and one needs to work hard to make the ends meet. The same theory was taught to Sam when he was young. Coming from a middle class family, the dreams was always limited to the work desk with the name plate hanging around the neck.Hence, the life provided what he wanted to achieve, unaware of what all Sam Ovens could in real. But, soon after realizing what Sam was missing all this time, turned his life into a fortune. The price did come after many failures, but the cost was nothing compared to the success he enjoys today.Sam Ovens journey from rags to riches is a true success story that has inspired many. He is one of the few tagged as Forbes 30 Under 30 Entrepreneur. With all the knowledge he acquired in these many years, Sam prefers sharing it with others to change their lives for good. It is no coincidence that more than 3500 people quit their job and started their own consulting firms after learning from Sam Oven .Sam Oven began with a full time job in an organization. However, soon quit the job after realizing that the world has to offer much more if the right information is accessed. Sam wanted to learn the tactics for earning beyond employment. Which he did, but the hard way.Sam affirms that the lack of proper direction to rich is what held him back for so long. No college was good enough to inculcate in him the mental paradigm required to do something different. So, Sam took a decision to do it all himself. He started few businesses and failed. He was in debt, but he did not give up. Finally, Sam found the mantra for success. The failures were mainly because he was offering services that no one needed. His target customer base was also broad.Sam came with an idea to target a specific niche and he built SnapInspect, a property inspection app. This was the beginning of his success story. The revenue started rolling in with his digital marketing business also succeeding with leaps and bounds.Sam Oven also noticed that most of the companies fail to acquire customers. Hence, he started providing tips on successful acquisition of customers. From there, the journey for the creation of consulting.com begun.Success is always restricted to those who are courageous enough to start all over again and again. Sam Oven , when struck with failures, knew there would be a way out. And, he kept looking for it. Usually, people give up only after the first try. Some not even try from the fear of failure.Sam Oven was determined to snatch his fortune and he did it. He planned his life in a way that he gets what he wanted. The plans were broken and did not work as he wanted them to. But, Sam kept looking for alternatives until he found his mantra for success.Being brought up with a frugal character, did made him cautious for some time for taking risky decisions. But, after realizing what it entailed to introduce a bit of adventure to the life, Sam never looked back. The idea for becoming the one planning on where to spend rather than how to invest came all of a sudden. And, Sam took the advantage to thrive on that feeling instead of sleeping on it.The Sam Ovens Consulting Accelerator is one of the very few training programs that is highly renowned for making people self-dependant. The company is focused on training how to take control of ones lifes steering wheel.Consulting Accelerator is one of the very few training programs that is highly renowned for making people self-dependant. The company is focused on training how to take control of ones lifes steering wheel. So, why not be the one to cash the opportunity for greater good. Sam Oven , an entrepreneur and a visionary, never knew how to dream big until he met someone who was leading a life of his dreams. Knowing what it is like to be rich and earning 6 or 7 figures, changed his life forever. I personally recommended to join the Sam Ovens Consulting Accelerator Program 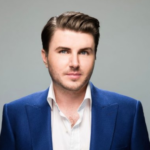