This is an archive of a consumer complaint published against Samuel B Choi Accountancy at DirtyScam.com-

I moved from NY and thought I should get an expert since I was dealing with two states.After reading the glowing reviews, I decided on Samuel B Choi Accountancy Initially, I was so impressed especially when they took me so last minute.David Choi was quick. Yep, he plugged in the info into the computer and I was done.I was thrilled that I was going to get a good chunk back in refund. Yeah.Then a month later I get a letter from the NY state that I owe almost a $1000.What?!?! I havent paid on my return for years. What the heck.I emailed and found that David was off the month of May. Ok. So I forwarded to the contact given. Nothing.I called a few days and was promptly transfer to Samuel Choi. Samuel was able to find the issue.Apparently David didnt indicate that I was in not a Yonker residence.Samuel explained that I now was getting a little more money back. Nice.A month later, I get a second notice from the NY IRS. WTF.So I called the NY IRS myself and found that Samuel did not complete a section. Excuse me? Something wasnt completed again? Seriously.I contacted the office. David Choi replied and let me know that after they completed the section that I do indeed have to pay and worse yet, have to pay slightly more than what the IRS quoted.David suggested I just pay what IRS asks and not send the revised document. Fine.David was apologetic. Lucky me  he offered a discount on my next service.Sadly, I wont be redeeming that ever. 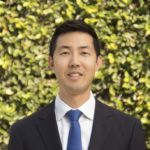