This is an archive of a consumer complaint published against San Diego County Credit Union at DirtyScam.com-

If youre considering obtaining a loan from San Diego County Credit Union, please read this review!I obtained a car loan through SDCCU after being lured in by their APR, which was slightly lower than everyone elses.If I could go back, I would have gone with a more legit company knowing what I know now.If youre 80+ years old and are ok with a bank stuck in the stone ages, then maybe SDCCU is right for you.Or, if you live in San Diego and have a job that allows you to spend a couple of hours physically in one of their branches whenever there is an issue, then SDCCU might work for you.Unfortunately, I live in LA, I am technologically fluent, and my time isnt worth the headache of working with them.Their billing system is absolutely antiquated, and their service is abominable.I was incorrectly informed by a service representative when I started the loan that they do not offer automatic payments unless you have a bank account with SDCCU.Or maybe they didnt back then, but now they do.Regardless, I was stuck paying my monthly statement by writing a check and sending it via snail mail (the only bill I pay this way).After the first year of doing this, I was given the wrong billing slips (they were duplicates of from the prior year; ie they were dated for the previous year).I wrote them 3 times to provide me with new billing slips, but got no reply.Whenever I would call, I would be on hold for over 30 minutes as I am a physician in training, I really dont have that sort of time during business hours to just kill listening to elevator music.I finally got through to a customer representative, and she instructed me to just use one of my outdated slips.I also inquired about automatic bill pay, and apparently they do offer this (though they have to mail you a paper form that you fill out and then mail back).Fast forward 1 month:1) I mailed them the automatic bill pay, but still havent heard back if this has gone through.2) The outdated bill slip I was instructed to use had the incorrect invoice it was $0.42 short of the total amount due.So my payment (nearly $500) was short by 42 cents.The result? SDCCU reported my payment as “30 days past due and my credit score dropped 99 points.A 99 point drop in my credit score because of 42 cents!What frustrates me the most is that I received a phone call the day they reported me as “past due informing me that I was 42 cents short.The person I spoke to suggested that her supervisor would either just drop the 42 cent charge or just tack it onto the next payment; if that wasnt possible, she said she would call me and let me know.But she didnt call me and they reported me as past due because of 42 cents.As soon as I got the notification from my credit monitoring service that my credit dropped 99 points, I call SDCCU again. At first, they had no idea they had done this, and then they just told me to fill out a form to dispute this.I have filled out the form (which I had to print and mail to them), but I have no faith in them that they will even open the letter, given my prior experience of writing to them.Long story short, dont just jump to SDCCU because they may have a slightly lower APR than other places. I may have saved a few bucks a month on my car loan, but now that I am in the market for a home, a 99 point drop in my credit score will probably result in thousands of dollars extra for a mortgage.Considering the time and frustration and the ultimate financial implications, SDCCU is totally not worth it. I have spent nearly 20 years building up an excellent credit score only to have it trashed over 42 cents by their incompetent service.STAY AWAY FROM SDCCU! 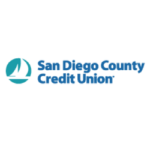