This is an archive of a consumer complaint published against San Francisco Federal Credit Union at DirtyScam.com-

Ive been with San Francisco Federal Credit Union for about 10 years and Im not sure what happened, but Ive had terrible experiences with them for the last year.Ive been charged ridiculous overdraft fees for debit transactions.Ive opted out of over draft protection to stop the fees, but was told that this does not eliminate the fees since recurrent debit payments (like netfixs or apple music) are considered billsPreviously, you had to give a vendor your actual bank and routing information to withdraw against unavailable funds sort of like an ACH.Ive been charged hundreds of dollars this year.They edited their fee schedule in September of last yearim assuming the policy change started there.They are extremely disorganized; I recently had a manager call me to send over signed forms because she forgot to complete the correct paperwork before opening my newer account.And to top it off I havent been able to use my debit card for the past week because of something wrong with their systemIve called twice and have gotten no resolution.I was told to contact the vendor because it was something wrong with their websitebut it has been several different vendors at this point.Definitely leaving this bank in the VERY near future. 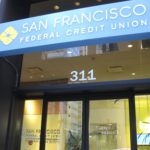