This is an archive of a consumer complaint published against San Francisco Institute for Integrative & Regenerative Medicine at DirtyScam.com-

This review is about San Francisco Institute for Integrative & Regenerative Medicine but my relationship with Jake goes back much further.I was first introduced to Jake at Chiro-medical group several years ago.Jake did very little diagnosis and offered a quick treatment at a too-good-to-be-true price.Then I went back for a more thorough evaluation and diagnosis.I didnt get a more thorough diagnosis. So I called to ask for a refund for the visit Id gone to to get a further diagnosis.I made a follow-up appointment there to get further diagnoses on my problems.I was clear to the receptionist about the nature of my visit: I wanted a better diagnosis.She was very nice and tried to accommodate me, and may have squeezed me in, which might have put Jake in a rough spot.When I arrived to my second appointment at Chiro Medical group, Jake once again went over the procedure that he wanted to perform.That was actually not why I was there. I explained to him why I was there.Jake said hed already evaluated me and then the visit was done.I had a treatment plan but not a good understanding of the problem.Understanding the problem should come before trying big solutions.I called in to Chiro Medical and explained the problem with the receptionist; Jake was too rushed and there wasnt a good diagnosis performed and that I didnt get what Id wanted out of the visit: Specifically, I didnt get a diagnosis; I got a treatment plan instead.They talked about it with Jake and Jake told them to ban me from that clinic because he was unable to treat me.Apparently because Id had the audacity to talk to them about my problem.UPDATE: Nobody complained about being uncomfortable or threatened or about anything that Id said or done.Nobody was threatened. Maybe the office staff looked down on me because they thought I was too poor.I could speculate and say that thats why Jake wanted to give me a pity deal after a shoddy diagnosis.Only Jake would know. All I know is that I was banned from the clinic.To this day, Chiro medical does not know why, only that it was an order given by Jake Wardwell (probably after hearing the office staff badmouth me).Youll also see where Jake says that in my reviews, I was “yelling at other doctors offices.Im not sure where he read the yell, but I dont yell and I dont yell in any doctors office.Never have and I dont imagine I ever will. Jake is a liar for saying that.Jake continues with his defensive lying in his response with the following fiction:”You then threw a tantrum in our office with our office manager and we refunded you for the visit and the management and myself decided that you were not a good fit for the practice. — FALSE.I paid and left the office. After I returned home, I called to ask for a refund.I tried sincerely to work out the issue. They refused.As for his wife/assistant refusing service, that can be explained by Jake having to explain to himself and then to his wife why he had banned me from Chiro Medical.Now going back to the diagnoses The knee that Jake had proposed to fix was proposed to be fixed by Jake himself with PRP and stem cells.He decided on this solution after looking at the MRI report.I went to another doctor who learned that that knee actually had torn the meniscus off so badly torn off that it had flipped upside down. I had that surgically reattached.Because that information was not present in the report, and because Jake uses MRI reports as his primary diagnostic tool, I was initially set up for stem cell treatment.The shoulder that Jake had proposed to fix had a labrum that very badly torn.That shoulder might have been helped with PRP/stem cells, but eventually, I got surgery.About two years after I had initially met Jake, I made a second appointment to see him at his new location.I figured we could meet and talk about possible solutions now that Id had proper diagnoses and surgery.I know he does stem cell and PRP and I think that that can help at least some of my injuries, especially those caused by the surgery (surgery itself is injurious).The inflammation that can be seen in the knee imaging (which Jake wont look at) can also be greatly helped by stem cells and PRP.But, as it turned out, Jake did the same thing, using his close assistant as a proxy for his personal bias against me.His very close assistant Jenny Mei, who had already scheduled me for an appointment and had me and many other offices to deal with a lot of records transfers to Jake Wardwells office, with signup and registration through their online system.Jake had her ask me if I knew Jake from Chrio Medical, and, if I did, then to deny me.And that is exactly what she did. She said that I should go to Regenexx instead and hung up the phone on me. Her behavior was rude and unprofessional.Admitting ones mistakes might hurt ones feelings and fragile ego, but it is an important process to growth. “When all else fails, examine the patient. 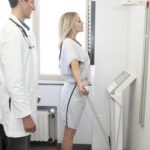