This is an archive of a consumer complaint published against Sanjay Taxpro at DirtyScam.com-

Do yourself a favor. Once you have all forms submitted to them, in parallel try entering all the data you gave them into turbotax.They make a lot of errors. They filed my tax and then just out of curiosity, I punched all the details in turbotax and noticed they had made a big mistake. (this happened 2014 or 15).I never wrote a review cause I always wondered i may be a one off case.But when i read some of the reviews on this link I realized that its important people know this.Back then, when I contacted Sanjay he said come to my office and lets talk.I went (probably he did not want to admit on phone or email chain that his team messed it up).In office he was keen to know how I found the mistake. I said merely by punching all the forms in turbotax.He said, sorry, we will refile / amend it and then said they will give me “free planning advice once tax season is over. Well i never went back for that “free advice.No one can help you with your money more than yourself.Be extremely careful and pls take 2 hours and punch your own numbers on turbotax or any similar software available even if you do go to these guys.Once you punch in you will realize they are asking you the same questions that the software does and you will many a times catch all the mistakes.They have a bunch of people who enter your taxes, and most of them are doing it as part time and i highly doubt their competency. 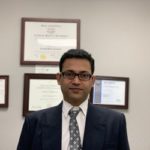