This is an archive of a consumer complaint published against Savvy Tax Chick at DirtyScam.com-

I first contacted Trudy back in November, nearly three months ago, to help me to resolve some discrepancies in last years taxes and to prepare for quarterly filings this year.Im a small business owner and have grown really quickly in the past year, and it was a big goal of mine to stay on track financially.I sought Trudys help since Ive recently grown beyond feeling comfortable relying on TurboTax.Our initial meeting should have been a red flag: She spent the better part of an hour raving about how great the new president was going to be.I looked past this because her rates were fair and she seemed nice enough.Fast forward three months: Trudy has not followed through on any of the things she said she would do.I added her as my QuickBooks administrator last month and she has not even opened the email.She told me she would file an amendment and a 1099 for one of my contractors  both of which never happened.I have missed crucial deadlines, but perhaps more importantly, I have lost time finding an enrolled agent who will actually help me prepare to stay on track this fiscal year, as the quarter is now almost over.Save your time and energy and go elsewhere. 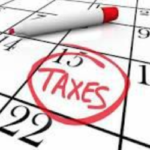