This is an archive of a consumer complaint published against Sebonic Financial at DirtyScam.com-

Warning: Incompetent! Unethical! Lied! Deceived! Wasted huge amount of our time!Now having to file complaint with the Consumer Financial Protection Bureau.This was a basic loan. Sebonic was so incompetent, we had to intervene at every step of the way to do their job for them, to do Sebonics job they were being paid $thousands to do, or it would have taken weeks longer to close.Even then, Sebonic still funded 11 days late. I have an MBA and finance experience.Would you have been able to spot all of these illegal charges and errors? Would you have been able to intervene and unblock stalled processes to get your loan moving towards close?Most borrowers would never even know they were ripped off because they dont understand the paperwork and processes.Further, Sebonic never discloses changes. Its up to you to find them. Buyer beware.Look upon any positive Sebonic reviews with skepticism as these are likely naive customers that were taken advantage of.Do yourself a favor, stay away from Sebonic, stay away from Faith Milot!I supervised a refinance for my ex-wifes house. Faith at Sebonic sucked her in with promises of reduced fees due to a business referral from my former brother-in-law.Except, then Sebonic just kept changing written agreements, adding fees, and ignoring numerous requests to explain them.Worse, error after error after error kept delaying close, then delaying signing after close, then delaying loan funding. A.) We had to find these easter eggs ourselves, B.) We had to fight tooth and nail to get only some of them fixed, C.) Sebonic refused to credit excess interest charges piling up at $21/pay.In the end, my ex-wife was charged $214 in excess interest for Sebonic errors for which they refused to reimburse.As an example, Sebonic charged $396 for a rate-lock extension due to their ongoing errors.We had to fight Sebonic for days. We were told time and again it was removed.Except it wasnt. They lied, attempting to deceive us. Fight after fight after fight.All of this dishonesty consumed over 80 hours of our time scrutinizing, calling attention to mistakes, arguing, fighting for our rights via over 100 emails and dozens of phone calls and conference calls. Do you have 80 hours to waste?At closing, Sebonic tried to illegally charge $456 in excess fees after having stated 2 months prior (in writing no less) these fees were waived as a courtesy when negotiating the loan structure.After 80 hours of fighting, this was reduced to $267 of illegal fees my ex-misses ended up being ripped off for. Example, we explicitly negotiated $600 for an appraisal.At close Sebonic changed this to $675, violating the truth in lending loan estimate.We had a competitive bid from a trusted mortgage broker wed worked with for 2 1/2 decades with a dozen refis done within our family.We were fools. Instead of trust this great lender, we believed Sebonic claims they would save us $1100.By the time we were done, it would have only cost us $40 (due to illegal extra costs at Sebonic) to have stuck with our trusted lender.We were stupid. Do not trust Faith, do not trust Sebonic.And, we never would have spent even 1 extra hour with our trusted lender.Even had we saved $1100, the 80 hours of our time was never worth it. RIP OFF!Lie upon lie upon lie, error upon error upon error. Do not trust Faith, do not trust Sebonic.At the signing, they illegally snuck in new fees that they had to issue lender credits to cover after they failed an internal audit causing yet another delay and more interest charges piling up.Again at signing, we had to print our own docs, because the docs they sent with the notary were WRONG! Twice!There was even a math error in the cash to close  only possible when done by hand and not computer.Do you want your lender computing values by hand?Sebonic violated Real Estate Settlement Procedures Act of 1974 [12 U.S.C. 2601 et seq.] and the Truth in Lending Act [15 U.S.C. 1601 et seq.].I asked for a compliance investigation. My ex-wife was furious with Sebonic, but fearful Sebonic would somehow retaliate and screw her even worse.In FEAR, she backed out of that investigation request. Should not even matter.When a client alleges you have done something illegal in a regulated industry, you should launch a compliance investigation NO MATTER WHAT.These firms are audited and the penalty for non-compliance is worse than reversing the fees.Now Ill have to file a complaint with the CFPB. Just more time wasted! 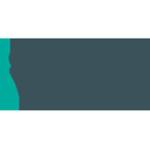