This is an archive of a consumer complaint published against Seek Business Capital at DirtyScam.com-

Business always need credit and companies like Seek Business Capital uses this opportunity to build their lies. I was in need of money as my business was growing. I was looking for a loan and wanted some credit to keep it going. When I checked with the banks, I was surprised by the interest rates and the procedure that was lengthy and exhausting.So, my friend suggested me to look out for financial firms other than bank that can help me with the required funds. Hence, I did some search on the internet and found this company, Seek Business. I contacted them and was greeted with smile. The lady on the phone listened to me and asked me to mail the details with my personal information. She also suggested that Seek Business had great relationships with banks and they could get the job done easily at cheaper rates.I was happy to hear that and who would not like such nice deals. Little did I know that the lady was just blabbering about something that was not true. She went on praising her company and their great records till date. After the call was done, I sent them the details through the mail.After a week, I received a call from a person from Seek Business Capital. He suggested that I should get credit card instead of loan which was cheaper to pay and with them, I could get it at no annual fee. He gave me few options to choose from. When I asked about the charges that his company would be taking for all this. He simply said that Seek Business only take 10% commission. It was too much.So, I asked if he had references. I wanted to be sure before accepting that offer and also, I needed more people who were sitting in the same boat. To this, he said that he cannot disclose the names of the client because of company policy. If they were transparent and had such a great record, what tied them back from disclosing the names of existing clients.This made me think over their deal. So, I asked for few more days. In the meantime, I searched further about the company on the internet and found that the company only offered credit cards. They would apply for various credit cards on your name and you will have to pay it from your pocket.You can do that job all by yourself. If you do so, you will not have to pay them 10% of the commission for the money you ask from them. I was really saddened to see those reviews but at the same time, was happy that I knew it before making any payment.I asked them for reference again and the guy got furious. He became rude all of a sudden as if I had asked for his company itself. When I talked to the lady I had spoken before, she also became irritated after listening to my question.I did not need any further proof and so, I refused their services. Seek Business Capital is a fraud and a scam scheme. 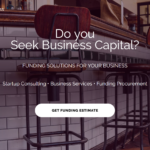