This is an archive of a consumer complaint published against Serra Volkswagen at DirtyScam.com-

This Serra Volkswagen has to be the most underhanded and untrustworthy dealership I have had the unfortunate privilege to encounter. I am a retired military soldier who send my daughter to this dealership because there was a car she wanted online.The car was $6,200 and with the tax is should have been no more than $7,500. My bank was going to finance the price of the car at the listed price online.My daughter drove the car and decided to get the car.The dealership wanted me to finance the car with them for a $1000 discount on the cost of the car which would have been $5,200.Since I informed the dealership that I wasnt interested, they charge an additional $1000 to the cost of the vehicle then since they drove the car from one parking lot to the other they wanted to charge and additional $999.Once the dealership had total up the entire price of the car and gave my daughter the invoice, the total price of the car was over $10,000.Now how does a car go from $6,200 to $10,000. I inform my daughter to leave and go look elsewhere for a car.My daughter had drive over 3 hours to get to that dealership to see that car but everything worked out.She found another car while in the area and drove it home in less than one hour.I guess there are some dealerships that realize people work hard for their money and a dealership should not be trying to rip you out of your money.Stay away from this dealership. 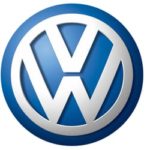