This is an archive of a consumer complaint published against Shaw Plastic Surgery at DirtyScam.com-

I dont know where to start. Shaw looks like a nice man but looks deceive. There is no way he should be recommended to anyone.His rating is only 2.8 on his own webpage. I had Surgery by this man a year ago and the whole experience was horrible in every way.Sadly Mr Shaw is an arrogant and untruthful man. Trust me I know! My “in and out surgical procedure to remove 30 year old breast implants ended up turning into two complete surgeries in 24 hrs.After I got home from the 1st surgery my right breast swelled up clear up under my collar bone with blood.After each surgery I was sent home minutes after I came out of anesthesia both times without wraps of any kind.I had gauze stuffed loosely under my breasts over my two 6 inch incisions with no ace wrap,no surgical bra or even tape to hold it in place.I bled all over my car on the way home and my clothes were ruined.He had also put drains in my breasts that were “open ended with nothing to catch the blood??? During all of this ordeal Mr Shaw never apologized or showed me any kind of compassion or concern whatsoever.When I was on the gurney 5 feet from him before the second surgery he did not acknowledge me at all or even look at me.When I got home after the second surgery I could not even stand up and was very confused and had a fever.I then had to be taken back to a real hospital by ambulance for 2 emergency blood transfusions I was in the ER for 9 hours waiting for the doctor to come and admit me to the hospital.He would not come. The ER doctor was heard yelling, down the hall, at him on the phone that I had been in ER 9 hours and he was amazed at what a poor excuse he was for a doctor!They had to get a random lady Dr to admit me to the hospital for 5 days of IV antibiotics under the care of Infectious Disease Doctors. .This man is a poor excuse for a surgeon or even a decent human being. I was 68 years old. Would he treat his mother like he did me?I was a member of a Breast Implant online group and was told exactly what I needed to have done.During my consultation with him I had requested very strongly that he please document everything for my records, and to take pictures of the condition of the implants when removed.He assured me he would. He even laughed and said he did this for everyone not just me?He also told me he would Lavage out my chest cavity to remove any silicone that may had spread.He DID NOT take any pictures, which is a very common practice when explanting implants.And he even THREW THEM AWAY after he said he would save them in a bag for me so I could see them.I had also asked for any fluids and the scar capsule to be sent to a lab for evaluation (at my expense if necessary) as my type of implants are related to the cancer associated with textured implants.When I later requested my surgical notes there were no details of what he removed, the testing of the implants, the condition of what he removed or of his cleaning and removing the free silicone? The note said “bilateral removal of breast implants. That is all.No mention that they were ruptured, and leaking silicone that was shown on an MRI.When I asked him later why no pictures were taken or implants saved he said we had never discussed that and I had never asked for them?!?!?!? I was deeply hurt and upset as I was very concerned about their condition after 30 years in me.I was speechless! There are many other plastic surgeons in Wichita.I strongly recommend any potential patients-victims go elsewhere.One of the worst mistakes Ive ever made.I also found out later that after he had charged me personally, cash up front, for the first consultation he had also charged my insurance too.My Primary Care doctor was shocked at my whole ordeal and the sight of me and she sent me to a breast Dr because of a subsequent large abscess that had formed in my breast, and he was speechless listening to my story until he shook his head back and forth and said my treatment was exceedingly negligible.He just couldnt believe how I had been treated. And HE apologized to me! Something Mr. Shaw never had! Both Drs. Suggested I file a malpractice suit.But I was too weak, exhausted and depressed and just didnt have the strength.I am a person who rarely complains about anything and I regularly write glowing reviews when a review is in order.This was very hard for me to write but I felt I just had to! I would give anything if I could go back and choose any plastic surgeon other than him to trust my health and safety too.UPDATE 1-3-2019 I had an MRI last year of my breasts that showed ruptured and leaking implants but no finding of silicone in any lymph nodes.Now 14 months after the explant, and supposed rinsing out my chest cavity to remove any possible silicone, a 3D Mammogram shows “lymph nodes heavily laden with silicone near my right axillary.Not there before explant but there now. So much for him cleaning out my chest cavity! 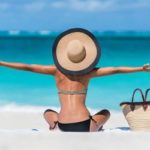