This is an archive of a consumer complaint published against Shively, Harold L CPA at DirtyScam.com-

DONT DO IT! If Shively, Harold L CPA volunteered to do my taxes for free, Id still have to decline.My experience started off rocky to begin with and it only went down hill from there.I met him at a Cafe in the San Marino area for lunch where I explained my expectations from my CPA in which I would have questions every now and then in relation to keeping my deductions and record keeping orderly.He agreed stating it wont be a problem and for a tax return like mine it should be about 200.After he completed my tax return for 2013, he stated there was more work than he expected so it would be $325 instead, which seemed fairly steep considering when I asked if I could give him my box of receipts which I use for work and walk me through what I can and cannot deduct, his response was “I dont want to see any of that.I just want the total amounts that you spend on specific things such as advertising or seminar catering.So I had to add everything up and categorize it, he did advise me on what should be included and what should not be included, but only when I asked.There were other deductions that he did not bother to mention.Even after all that I ended up agreeing with the $325 because at least it was disclosed to me.I have 1099 income, of which, it wasnt until after I completed filing my taxes that I discovered he overlooked many deductions.I had to hear this from someone who wasnt my CPA; that because I use my cell phone for work 5 days a week, I could actually deduct part of the monthly charge.When I asked him about it he brushed it off saying we can do it next year.The principal of the matter is he either didnt know or knew and didnt bother to tell me, I cant figure out which is worse. Again, that is just ONE example.Moving on.. he then advised me that it would be a good idea to pay my taxes quarterly.Ive never done that before so i figured a meeting was justified to ensure it was going as planned.I emailed him to ask him to lunch in the middle of July since halfway through the year seems like a good time to coordinate with my CPA to ensure I was on track and doing everything correctly.I even paid for lunch and during this time he did not disclose that he was planning on sending me a bill.I get home and a week later He sends me a bill for $75.Its not much and I dont think the $75 makes much of a difference to me or him, but the principle of the matter once again.It was not even mentioned, if he had said that he would meet me for lunch but he would charge me his hourly rate to do so I would have respectfully declined.This is not the kind of individual you want to do business with so save yourself the trouble and go somewhere else.He is now threatening to take me to small claims court over $75 for an invoice he billed me without prior disclosure.I refuse to let his scare tactics bully me into simply paying because its easier.I have done my research to see through the AICPA (American Institute of CPAs) to see which codes he has violated or misrepresented with these business tactics.There was no letter of engagement signed disclosing anything (fees) prior to our lunch meeting.I dont wish anything bad upon anyone, including Mr. Shivley, I simply want others to avoid making the same mistake I did by hiring this man to do my taxes.Lastly, public records you can find online show, Christine Ford, is actually related to Harold L Shively, age 71, so its no surprise she gave him a 5 star rating. 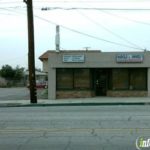