This is an archive of a consumer complaint published against Smart Federal Credit Union at DirtyScam.com-

Have worked with Smart Federal Credit Union for many years. Lately, seems to be some lack of communication between the local office and the larger Smart EZ cardVisa people. My husband was having $600 automatically taken out of our bank money each month  the agreement was half would go into savings and half into payment of our Visa card bill.Finally found out the entire $600 was going into the local savings acct.which added up nicely, but they were not passing on the additional $300 for our Visa payment which was a real problem.Ive had more than one “go round with them over this and its not quite solved, yet. 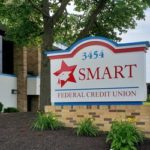