This is an archive of a consumer complaint published against Southern Fidelity Mortgage at DirtyScam.com-

I got my home loan through Southern Fidelity Mortgage and Southern Fidelity Mortgage was by far the most unorganized company I have ever dealt with in my life.It was a terrible stressful experience. I had to deal with about 12 or so contacts because the first loan office I had quit and then the second load office also quit later.By the time I got to the third loan officer I was deep in the process and he was very confused.He said it was the first time doing the type of loan I was doing.I also went through 3 transaction coordinators because the first one was apparently overwhelmed and the second one got promoted.The third one did not even know she was assigned to my case.I had to deal with multiple other employees from other departments such as underwriting and no one was on the same page and everyone seemed confused.They were terrible with answering the phone, returning voicemails, returning emails, and answering my questions.We had to push back my closing date multiple times which resulted in me paying extra fees and not because of me.I got everything that was needed fast and at the time I had an 800 credit score with enough for a down payment.For some reason underwriting kept kicking it back putting larger holds so I could not continue unless I give them more money.After everything was done my real estate agent said his company will never use southern fidelity again. Spencer, the Loan office he liked quite anyways. 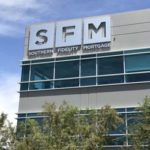