This is an archive of a consumer complaint published against Southland Home Finance at DirtyScam.com-

I wanted to refinance my home and contacted Southland Home Finance to handle it.The person assigned to my application was named Emmett Clark.What an absolute disaster Emmett created.The refinance was completely screwed up from beginning to end and now the loan is stuck with a shady operation called Central Mortgage Company in Little Rock, Arkansas.You can look them up here and find out for yourself.Emmett Clark was supposed to set up the homeowner insurance to be included in the refinance but he didnt do that at all and I had to provide the declarations page AGAIN after the deal was closed because Emmett didnt do his job.Then Central Mortgage Company provided multiple payment books with varying amounts before the first payment was due when the final refinance documents had everything broken down to what the payment was supposed to be.Central Mortgage Company is such a joke that they cant even provide a payment envelope to send the check.Its obvious that Southland Home Finance and Emmett Clark are just a part of a scam operation and a front to commit mortgage fraud for Central Mortgage Company.After two months of fixing Emmetts screwups, I have had enough and I am going to go refinance again but with a reputable agent.Beware of this agent and his “company because they will only leave you in a worse position.I wouldve given this “company ZERO stars if I could. Never again.FYI, dont believe all of those “positive reviews for agents on Zillow because Zillow personally filters out negative reviews.The agent “reviews on Zillow are phony and are paid by agents.Agents with no “reviews havent paid into Zillows scam.If you dont believe me, think about this, are you telling me that every single agent is a 4.5 to 5-star agent and if you filter their “reviews by low to high that the low review is still a 5-star.Gimme a break, Zillow. Dont be so obvious with your scam.This honest review was submitted to Zillow and does not appear under Emmett Clarks agent profile.I can prove this because I have a screenshot of Zillows phony “review system.Just contact me and I will provide the screenshot. 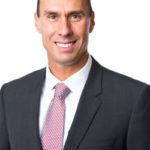