This is an archive of a consumer complaint published against Standish Law Group at DirtyScam.com-

Standish Law Group is most unethical and corrupt lawyers I have never hired them and will NEVER hire such unethical individuals.They represent an opposing party in my custody dispute case in Clark County Nevada.Tom Standish files FALSE pleadings and False motions with no EVIDENCE.all he knows to do use one tactic and try to influence a few corrupt judges by relation he has had over the years and campaign contributions to them hoping he can buy a DECISION.BUYER BEWARE ON HIM AND HIS SIDEKICK PHILIPE SPEAKING If you want to be challenged by opposing party because they lie, defraud the judicial system and you want to be charged hours and hours because the committed fraud on the Court system this is your lawyerIf you are facing them in opposition know that hes gonna file FALSE statements, sign a false affidavit as he knows the entire story to his own knowledge and whole bunch more unethical practices.he donates to few judges campaign contribution whom the judges may be bad apples (not all of them but a couple for SURE)This guy was teaching back in 2015 in front of other family lawyers and family law judges @ a State Bar of Nevadas Annual Advanced family law CLE how to avoid the trap of malpractice in divorce. he was the speaker covering this topic YET in 2016 and 2018 he has two malpractice lawsuits against himThat is an EMBARRASSMENT to the legal community learning from an individual who has malpractice suits pending against him but trying to teach others how to AVOID THEM.WHAT A JOKE.THIS IS HIS CHARACTER a TRUE CHARLATAN and SCUMBAG the least I can say about him from my own experience.I have been up in the supreme court of the state against him 3 times now if anyone wants the low down on this UNETHICAL LAW FIRM AND THESE TWO LAWYERS and what to look out for him and his firm if opposing him about his fraud upon the court do NOT hesitate to reach out to meThe TWO Malpractice cases against MR. TEACHER (UNETHICAL STANDISH) how to avoid the trap of malpractice in Nevada are:A-16-734527-C Christy DuCharme, Plaintiff(s) vs. Thomas Standish, Defendant(s) 04/04/2016 D-17-556656-D Sandra Ann Standish, Plaintiff vs. Thomas John Standish, Defendant. 08/07/2017The case above is his divorce caseA divorce lawyer who his wife filed for divorce on him ( I think 2nd or third wife) at age 70What does this say about him:) Even at age 70 the partner cant get along with himBelow is the other malpractice lawsuit against him.A-18-780608-C Doan Phung, Plaintiff(s) vs. Jason Naimi, ESQ, Defendant(s) 09/05/2018 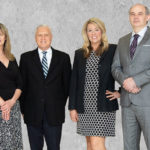