This is an archive of a consumer complaint published against Stephen E Cohen LLC at DirtyScam.com-

A friend suggested that we use Steve to help us with our taxes. We certainly have some complexity with our taxes (W-2s, Self employment, Family partnership, etc.) but we had always done our taxes ourselves.After meeting with Steve late in 2014 to give him an idea of the complexity of our taxes, and then consulting with him again in early 2014, Steve agreed that it was OK for us to do our taxes again for 2014, and he would review them.I realize that this time of year is a stressful time for tax consultants, but I have seldom ever been treated so poorly by someone that is supposedly in the consulting business.Steve was angry, rude, and charged us $200 for his review, with very little helpful feedback.He was impatient with us, and when I asked him what we had done to piss him off, he refused to answer, simply stating that our taxes had clearly become too complicated for us to be doing ourselves.You know, maybe thats good advice if it had come from him when we first started talking, but that advice came after we had already completed our taxes and sent them to him for review.He sent us an invoice within a day or two of reviewing our taxes, and then, within 10 days, he sent a second invoice, demanding that we pay immediately.Ill send him a check, but we wont be asking for Steves tax consulting services again. 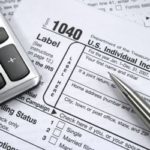