This is an archive of a consumer complaint published against Sunset Tax Services at DirtyScam.com-

I called to find out his charge with PACE program I had last year that I had to get the tax credits, & I was told he would charge me around $80-100, & I had a coupon from the local.So I had an appointment with Tim, & then I was told he would charge with $125 with the coupon.Even that was fine since a lot of other people I called was charging much higher even from the phone quotes.I was told to come back the following week to finish the tax report since I didnt have all the papers.But I got a text on an afternoon before the next appointment when I was super busy with my full-time job asking other questions on tax & was told to postpone the appointment since its not finished.When I went back to finish the tax report the following week, I was told I would get only $300 credit from PACE program that I was told I would get the tax credit from most of money I spent on this program.So I was mad at SaveCal who had this program PACE with Energy Efficiency Equity, AKA E3, financing company.I contacted SaveCal to ask why I would get only $300 tax credit from this expensive loan program that they promised.I was told I would get the tax credit $300 every year for the original loan term, & I was told by another CPA that I could claim at least $2K more for this program.So I texted Tim again, but I got the reply text next day asking if I had a solar panels or not. & then I got an email from Tim only with the link to IRS on Energy program & without any further explanation.So is he saying Im a nut to ask him this & not he needs to find this out or he does not know how to do the tax?  I think its both.Ellen K. 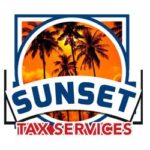