This is an archive of a consumer complaint published against SVC Funding: Eric O Nelson III at DirtyScam.com-

Epic failure! He had one job and he didnt do it. We worked with Eric O Nelson for several months making offers on homes.When we finally got an offer accepted on a beautiful home Eric had a few weeks to do his job before contingency release.”No problem, we got it should have been red flags, but we listened to Eric.In the eleventh hour Eric was no where to be found our loan approval file had just been looked at by Quicken Loans and the second loan company hadnt even started.Eric had done nothing to meet the deadline.Eric put our deal in serious jeopardy and exposed us to losing our $26k deposit.To top it off Eric has never gotten back in touch with us, weve been forced to go to a backup plan and hoping our deal will be saved.Unbelievable that professional would never get back to you. So many promises broken.Eric knows the business but is not thorough, hes distracted and only tells you what you already know.You are better off going elsewhere, dont be swayed by the 5 star reviews, those folks got lucky. 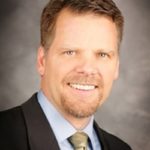