This is an archive of a consumer complaint published against Tax Center of Orange Coast at DirtyScam.com-

One star was one too many! What a horrible experience! The woman Pat, was so lazy she didnt want to do my taxes.I am a Realtor and I needed to file back taxes. Pat told me I couldnt claim my home office (not true) Pat told me I couldnt claim my move to California for a proprty management job (not true).After doing a ruff estimate she told me that I couldnt file 0 after all my deductions because the IRS would want to know how I survived if I made no money!I dont know many Realtors that did make money after deductions.Pat basically called me a liar over the phone regarding my deductions claiming she needed to do due diligence (Due diligence means I should be able to claim ALL DEDUCTIONS that I quilify for).Pat told me she wouldnt do my taxes and to pick up my paper work from her office.When I picked up my paper work I took in the box full of receipts and pointed out the receipts she was questioning over the phone.Pat then stated well your utilities that you want to claim are just about the same amount as the year before, HUH??? Why wouldnt my utilities be about the same, I used the same providers for both years.She finally said my return was over her head, now that we both agreed on.Pat is nothing more than a book keeper who is lazy and unprofessional.DO NOT GO THERE UNLESS YOU ARE OK WITH THE IRS GETTING MORE OF YOUR MONEY THAN THEY SHOULD BECAUSE PAT DOESNT WANT TO WORK FOR YOU SHE WOULD RATHER MAKE MONEY FOR THE IRS! 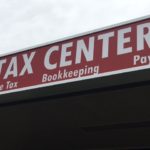