This is an archive of a consumer complaint published against Tax Defense Network at DirtyScam.com-

I mis-reported stock sales in 2016 and was contacted by the IRS to pay back $16k in taxes + nearly $3k in penalties and interest.I contacted the Tax Defense Network and they said while they couldnt guarantee I could get the interest and penalties waived, that they had never seen a situation in which that hadnt happened with a case like mine.So I paid their $2,500 fee thinking at the very least I wont have to deal directly with the IRS and that the service would pay for itself by getting the penalties and interest waived.I was ecstatic when they audited my taxes and found that the IRS was wrong, that I didnt owe $16k but only $10kgreatthen I wait and wait and wait10 months before I get the go-ahead to pay the taxes but they were only able to waive $90 of the nearly $2k penalties and interest.Worse yet, I was told by the Money Resolver contact that they never get those fees waivednow Im really mad because I was sold a line that I based on my decision on.In retrospect, I should have just taken it to my tax accountant who would have found the IRS discrepancy for a fraction of the cost.The other problem was that I had the money to pay the IRS 8 months before it was resolved but was told to wait to pay so that they could negotiate with the IRSMistake because then I ended up paying more penalties and interest during that time!From what I can tell, its not that hard to contact the IRS and work this stuff out without this service.They also were slow to keep me up to date with the status and passed me off to different departments along the way.Get a good tax accountant and then work with the IRS and your tax accountant directly. 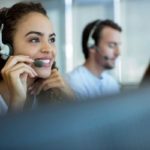