This is an archive of a consumer complaint published against Tax Pro Financial Services at DirtyScam.com-

Garbage! Dont go to Tax Pro Financial Services. They forgot to electronically send my tax forms.I called the IRS a few days before the deadline because I hadnt received my refund and they informed me they never received it.Upon calling to speak to Nestor ( the one who prepped our taxes) he was on vacation and the manager didnt call me back.I called constantly until the owners wife decides to do her damn job and correct her employees mistake. Horrible people.Ok I took it as a mistake but now2 years later, my mother received a letter that her tax forms from 2 years ago were never received and she owed them a payment and almost $2000 in fees!This time taxpro did send in her tax forms but did not submit her correct social security number and kicked it back to Taxpro.They never called my mom to fix the correction so now she owes a lot in fees.She went to talk to the owner and he wont help.I think they should since it was their major mistake! Be careful of this place.There are ignorant people working there who dont give a damn about messing you up with the IRS.If you go there and they forget to send your taxes in or write down incorrect information, youre on your own.Nestor ( the guy who did my taxes no longer works there but I found out he was trying to open his own tax prep place so dont go there either- hes a small Colombian man who doesnt know his head for his ass).Wish I could give them negative stars, but if you read this please pass along to your friends how incompetent Tax pro East Boston is! 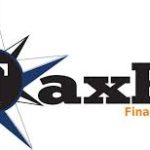