This is an archive of a consumer complaint published against TaxPlus at DirtyScam.com-

Unfortunately when I first was with them, they were on top of their game and really gave me the attention I needed; Nora and Leslie was great with handling some past IRS issues.But when Larry split from TaxPlus I then was caught in a battle between both of them fighting over who gets what client and it was unprofessional on both sides, so I decided to choose None of the Above.They then continued to bill me as if nothing happened, even when I had barely any activity going on, and when I confronted them on the matter, they reversed the work they did and demand payment.So yeah, I would advise against using them for future book keeping stuff; I wish Nora and Leslie had their own business because I would still hire them for my other IRS drama. 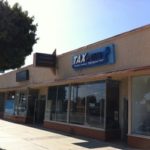