This is an archive of a consumer complaint published against Temple View Capital at DirtyScam.com-

I had one loan with Temple View and two more loans with other companies. My loan officer, Mathew told me that he could help me get all the three loans under one blanket if I get those two loans under Temple View. The offer seemed exciting. It had been just two months that I got a loan from Temple view and I was not very sure about the services they offered. I believed everything that this man told me which was nothing but lies.I requested the other two companies for shifting my loans with Temple View. I had to pay some pretty good amount for transferring those accounts and I did that because Mathew promised me he would do what was in the best interest of me.My company is new and not very organized. We are still learning through our experiences. Finance matter is handled by our best employee who knows a lot about how loan works. He wanted to speak with Mathew before transferring the account, however, Mathew refused to do that as he needed only one point of contact to eliminate confusions. I took his suggestion and did not mind talking to him myself about the blanket of loan that he promised.After the transfer was made, I asked him to do as he promised. Mathew said that he has processed the request to the concerned authority and the approval will soon follow. It took him three months to finally tell me that the request for not approved. These guys do not process loan unless those are separated @14% with four points.I tried to get hold of the manager. However, that was of not much help either. In response to my problem, the manager told me that the company was anyway not making much profit with the deals and they did not care if I lost my EMD.There have been situations where I have got loan within 24 hours and have been able to close it in 3-5 days without any hassle with my previous companies. But, these guys are unprofessional and frauds. These people are unethical. After the loan was transferred, Mathew stopped being the person he used to be before.He stopped taking my calls in the first attempt. Sometimes, I had to call him the whole day to get hold of him. He did not bother about informing me of the changes in the loan terms a lot of times. The customer service has no ethics. People are rude here.You can not expect any decency from these guys and they will only smile to lure you into their hypothetical offers that never kicks off. I was very disappointed by their approach. I even asked them to shift my loans to the previous companies and they have asked me for a huge rate for that. The fee is higher than you can ever imagine. No company would do that to customers. And, these guys treated me like an opportunity and nothing else. 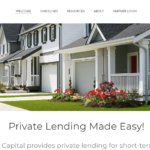