This is an archive of a consumer complaint published against Terra Ferma Mortgage at DirtyScam.com-

Unprofessional, Misleading, Unreliable, uncommunicative I dont even know where to begin with Terra Ferma Mortgage.I have never dealt with anybody as unprofessional as Carlos.We reached out to him with the hopes of getting a loan to purchase a new home and sent him all the information required to run my credit to see if I was approved.In less then 24 hours he tells us that we were approved and gave us the approval letter.We already had a house in mind so we went ahead and signed a contract.We had to pay a $2,700 to secure it. We also paid $575 to get the house inspected,I paid a roofer and air conditioning company to check their condition.After that it all went downhill from there, Carlos and tells us that the loan was on hold due to my credit not being at what it needed to be.That should have been the first thing he saw prior to approving me for the loan.He had me pay off my credit cards to supposedly do a rapid credit score increase.I paid over $2,000 and he tells me thateverything is good.Two weeks go by and we didnt he anything from him, my wife, realtor and myself would call him and text him but could not get him to answer our calls or reply to our text messages.We finally got him to answer and tells me the same thing that the loan is in hold again and that I need to pay off more credit cards.I ended up paying off all of my credit cards so we dont have any more hold ups.Carlos disappears again, we tried calling him and texting again but no answer or respond.He told us at one point that he ordered the appraisal so we waited 5 days and nothing.We called the appraisal company and were told that there was no appraisal ordered for us.The appraisal order number he had gave us was for somebody else.This went on for about 2 1/2 months just a bunch of misleading information.Even after I told him if he could not get me approved to let me know so I can get my $2,700 back but again he did not reply with any kind of answer and just left me wondering what was going on.He checked my credit about 8 times within those 2 1/2 months.The sellers lost the contract they had on the house they were trying to buy because of Carlos inability to be truthful and communicate with anybody.I ended up losing the contract on the house, lost all the money I invested and even after he was told not to run my credit he did it one more time.If my credit was not good enough from the moment he checked it he should have never told me I was approved and given me the approval letter so we can go look for a house and I wouldnt have lost all that money.Two weeks prior to losing the contract Carlos was nowhere to be found.Carlos didnt even bother to call me to apologize for anything he just disappeared.Stay away from him unless you want to get lied to and mislead.If your looking for a loan officer that wont communicate with you that will disappear and feed you lies then Carlos and Terra Ferma Realty is the company for you. 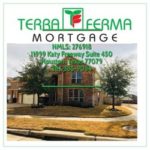