This is an archive of a consumer complaint published against Teshima & Company at DirtyScam.com-

I could not believe how I was handled Teshima & Company. I was referred to an accountant named Letty, who I had a 3pm appointment with.I was waiting until 4pm. The receptionist finally brought me to her office, and she was still on the phone.She did not greet me, she did not say hello, she did not shake my hand.What she did do was hang up, leave me in her office so she could go scan some documents, come back and make another call right in front of me.While she is on hold, she asks me if I brought my stuff so she could start entering information, WHILE SHE IS ON THE PHONE.She was about to multitask my tax return. When I got up to leave, she didnt say anything.No attempt to apologize or stop me or anything.I was hoping that when I came, I would have her undivided attention so that we could go over questions I had considering I was new to using a tax accountant and new to having 1099 income.My expectations could not have been more far off.I think I have had better service from a Verizon store, and that is saying a lot.I understand that I was somewhat of a charity case because I was referred through one of her more important clients, but wow.Just because I was a small account does not excuse how incredibly disrespected I was.Waiting an hour after driving out from LA, skipping respectful formalities, and then starting a consultation on the phone.STAY AWAY FROM THIS PLACE. 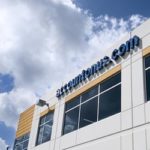