This is an archive of a consumer complaint published against Texas American Title at DirtyScam.com-

I suggest you look elsewhere if youre sealing an important land deal.I have limited experience with title companies, but even with that limited range I know this company is just bad bad bad.On the day my family and I closed a major land deal (or it was to us) we signed our final papers for the transaction.A day goes by without receiving our funds from our buyer.We were panicked to say the least.The title companies contacts us at the end of the day and explains “There was a clerical error on the final document We say ok, what exactly does that mean?? The man from the Texas American Title company says “Well, whoever drew up the contract failed to account for a $5,000 earnest money withdrawal from your final selling sum We had been assured by our realtor, our buyers, and this lame title company about our final figure.We had even signed the final documents with the agreed upon sum.Then, even more shocking, the next morning the title company calls us and tells us another error had been made that would reduce our sell by an additional $1,000. We were floored.Their representative told us “Clerical errors do happen Yes, the probably do whenever some low level lacky in a cubicle is spending their time checking their facebook or twitter feed instead of doing their job as they should be.We essentially had to accept these losses because if we had tried to fight with the title company we would have been in default to our buyer.Plainly put, this is a very very unprofessional company.I highly suggest you use a different title company if you want to seal your deal without loss from your total sum.`This left my family and I feeling very distrustful and cheated. 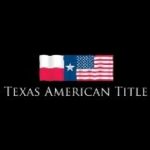