This is an archive of a consumer complaint published against Texas Bay Credit Union-Pasadena Branch at DirtyScam.com-

Do not trust Texas Bay Credit Union-Pasadena Branch banking institution! Incredibly poor service! They do not follow through on their promises!!If I could give 0 stars I would. In March I decided to downsize from a truck to a car.My credit was less than desirable after going through a divorce. I had financing already lined up though.While I was at the dealership a representative from this credit union was there.He told me he could beat the interest rate if I would agree to put a GPS device on my car and after the first year of making on time payments he would refinance the loan for a better interest rate.In August 2015 I tried to refinance and they wouldnt even talk to me about it even though each payment had been on time (more like early) and always for more than the payment amount with out a large deposit.The GPS device I agreed to put on my car was actually a device that would disable my car in the event a payment was late.Well this last month I had some fraud on my banking account from some online charges I had made.In the middle of getting that sorted out the Bill Pay check I sent the credit union was returned.As soon as I figured this out, I was the one who called the credit union to try to make payment with my credit card.They didnt have to contact me!! I was informed that the payment could ONLY be made in cash from this point on and NO future checks would ever be accepted.Guess what they shut the starter off to my car. So I have no transportation to get to their or branch or even a shared branch to make the payment by cash and they wont accept my card over the phone!Now I have extra charges from them including returned check fees and late payment fees, a late payment reported to my credit and still a disabled car!I could have paid them before the payment would have been considered late.I initiated a wire transfer (which charged me a fee) and just waiting for it to process in order to cover all the fees, payment and get my car turned back on.Do not trust this banking institution!! Incredibly poor service!! They do not follow through on their promises!! 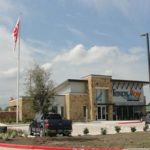