This is an archive of a consumer complaint published against TexasLending at DirtyScam.com-

KEEP AWAY!!!!!! DO NOT DO BUSINESS WITH TexasLending! Started off great.Then my loan officer David Wesley stopped calling.I spent two weeks trying to call him at his direct line and through their main line and it wasnt until I check through my emails that I found his cell phone number.I called him and he stated he had stopped working there and was at a different company.I never got called by Texas Lending to continue my loan.Well since they had already pulled my credit, I contacted Mr. Wesleys former supervisor.He placed me with another of his loan officers this time named Hunter Hilton.Hunter went on and on about getting things done quickly and “killing it on the time we are getting this done.Then, ghost. I could not find him for two weeks as well?!!!! I called his cell phone and he was apologetic advising me he was having relationship problems (which we have all had) and said he was going out of town but decided to stay to work my loan.We get all the way to having disclosures sent to us and we take the purchase contract to the title company because he said he was locking in the rate and everything would be moving quickly.That was on Monday.. never heard anything back from him or any of his processors.I called him Tues and Weds and finally today (Thursday) he answers his line.He then tells me something is not allowing him to lock in the rate.I would need to get documentation on a loan that is showing up on my credit that belongs to my father?!He said he was waiting for his supervisor to get back in the office because he was gone all week.HE COULD HAVE CONTACTED ME AS SOON AS HE FOUND THIS OUT ON MONDAY!Now Ive spent money for title work, paid off some cards I didnt need to unless I was closing on a loan and now he wants to try a different product to get me through.There is no way in hell I am doing business with this company and I really caution everyone to stay away from them unless you want your credit pulled and score lowered and have them ducking your calls and emails.VERY UNPROFESSIONAL VERY JUVENILE TERRIBLE CUSTOMER SERVICE NO CUSTOMER APPRECIATION NO FOLLOW THROUGH 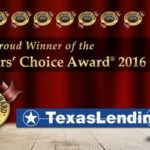