This is an archive of a consumer complaint published against The Babb Sloan Team | Keller Williams Realty at DirtyScam.com-

Over a one week period, I received 9 calls from the same phone number without a voice message.I called the number and found out it was an agent from the Babb Sloan Team at Keller Williams.I left them a message asking them to either stop calling or leave a message about what they wanted.After 3 additional calls the next morning over a 30 minute period, I was finally available to answer one of the calls.It was a cold call asking if I wanted to sell my home.No way I would ever hire a company that does not offer the respect of leaving a message or responding to a message.Just an update: The calls continued after asking them to remove my number.When I called the firm to complain, the person that answered the phone thought it was quite comical that multiple calls every day from the same number was bothersome.What a tool. 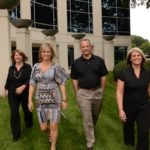