This is an archive of a consumer complaint published against The Bait Shoppe at DirtyScam.com-

I have a small company and when we thought of scaling the processes, we decided to build a brand around it before deciding of any budget allocation. We consulted Bait Shoppe who call themselves the ones creating brand experiences for their clients. After meeting the people of the company, we were convinced. As these guys were polite and were ready to listen to what we had to say. Instead of pushing us to do something else, they first concentrated on what we had to say. I liked that about the company. However, I never knew that I was talking to a bunch of dumb individuals who have no idea what to do. Hence, was better to stay mum.After a week, I received an email from the company with the details as we discussed or to be precise, what I dictated. They wanted me to confirm that those was the pointers I shared with them. And, there was no planning that they shared but asked me to pay the advance amount before they sent anything from their end.I though, fair enough. So, as agreed, I paid them the 50 percent of advance to proceed. Later, there was no communication for 15 days around. One day, while working through my old emails, I realized that the last communication happened 15 days back. So, I called them right away. The person handling my account had went on a leave and wasnt around for next two days. After two days, when I did not hear from these guys, I demanded to change the account manager. However, the guy had returned and said that there was some emergency and had to take unplanned leave.He said that he would be sending me the ideas and entire progression of the brand building process in a day. And, he did send me few details. However, those were mostly the copy and paste of what I dictated to him. He said that the first thing would be a slogan for the company that would connect to my values. And, he sent some of the examples.To be honest, those were decent. However, looked as if used from popular slogans with few changes. I did ask the guy about the same and he said that the resemblance helps in getting customers acquainted with the brand. However, I needed everything to be unique. So, asked for a fresh slogan. It took them a week to decide few options and those were pathetic. I had my employee write few for them.They were not even able to improvise those. Later, we finalized the one that I had thought long back. Their incompetence did not end there. They kept asking for our help at every stage. We had to call them and remind them of the deliverables. We wanted to arrange and social event for companys promotion.These guys turned that event into complete horrific experience. The dates were not confirmed, the venue was not finalized and when we sent away all the cards, these guys asked to re-plan the date. We had to call everyone and apologize for the cancellation of the event. Later, the date that was arranged wasnt thought enough. There was a festival coming around and people were busy with other things. There were very few people who turned up.Not just that, the program was a flop show. I did not like anything that they did. The food was pathetic. And, everything was unorganized. They took lot of money from me and the service that they were offering by now was not even decent. I asked them to either change my account manager who had problems replying to calls or refund my amount. They appointed a lady who was genuine but lacked experience, it seemed.So, everything was again back to zero. I have been calling these guys to stop working any further and refund at least the half of the amount. However, it seems as if these people are too dumb to understand my request. I have not received any reply from last three days. I am calling them and emailing these guys. When I used to call them for any update, they had the same problem. This created a lot of confusions before as well. These guys are incompetent and all words. They have not been able to accomplish any of my campaigns till date. It has been three months that they have been working parallelly with our organization. However, these people have no shame at all.When I asked where have we reached in terms of the goals that we planned out for three months. And, they were completely fine with the results. They did not even admit that they had failed. What a stupid company this is and the employees are even stupider.There is no way they can help anyone. All the flaunting that these guys do is a lie. They have no experience and they have not been able to successfully complete any job. This is what I can say from my experience. I have been scammed. They lied that they had prior experience handling my niche and the amount of work that I needed to be completed.This was admitted by the consultant by mistake. Once when I was talking on the phone and asking them question about how can they be so irresponsible after all these old clients they have worked for. He said that the niche was new to them. But when I talked on the phone for the first time, my question was if they have worked with similar business lines. And the guy said YES. I remember it very well.That was the reason I paid them the advance amount. These people are liars and idiots. If at all they can do anything right, it would be fooling others. I doubt they are intelligent enough to do that too. Anyway, I am not going to work with these guys any further. 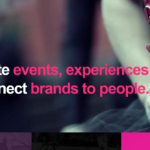