This is an archive of a consumer complaint published against The Brandy Whitmire Mortgage Team at DirtyScam.com-

My client has received some of the most horrible service from The Brandy Whitmire Mortgage Team.There was no communication and my buyer was confused the entire time about the process and the next steps.This was for a $900,000 house so I would expect some attention to detail, but no.When issues came up, Brandy never responded to clear things up, leaving it to a very poorly trained loan officer to try to figure things out.My buyer was told to deposit money at the wrong time and for the wrong amount.When I thought I had scheduled a 10:30 am meeting to clear things up with Brandys assistant Angel, she never called.Then she told me she was in meetings all morning. In reality, she was at the Coachella music festival!!Even now, the deal is supposed to be closed on Monday and I have to tell the loan officer how to do his job and how we need to get the loan closed in California.What an embarrassment all around. I hope that music was worth it Brandy because you are going to lose a lot of customers by lying to your clients and bad service is not acceptable.Brandy, Please dont try to communicate, after the fact, to explain that you are a good company.You could have communicated when the problems came up instead of having a very inexperienced loan officer try to figure out what to do.You never called or helped when we needed your help. 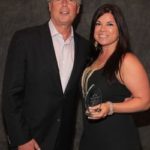