This is an archive of a consumer complaint published against The Claudio Team  Cardinal Financial at DirtyScam.com-

I have to say, The Claudio Team  Cardinal Financial was one of the WORST.I began my discussions with Josh around October of last year to purchase a home.I asked him to do it conventionally, not FHA, bc I had enough to put down for the down payments etc.He walked me through the steps of getting the appraisal, gift letters, money in the proper bank accounts for the down payments.everything.Told me we would close in December, but that didnt happen bc I found out he filed the loan under FHA (for reasons I still dont understand), and they wanted the deposits for my gift to my wife for the down payment to be in there longer, etcSo he asked for some more time bc his underwriters needed more documents, I returned all documents asked for the same day he asked, everytime.He makes another closing date in February.says we have ALL of what we need, and its a done deal.On the day before we are to sign the papers, Im calling, Im texting, Im emailing..and he doesnt respond.Finally, I get a call from the SELLER of the house asking what the hell is going on, bc he just got a call from the title company saying its gonna take another week bc Josh doesnt have his shit together on his end.After calling Josh, and leaving several perturbed messages, asking, “How in the HELL am I finding out from the seller that we are not closing tomorrow, and that he spoke to them before he ever talked to mehe finally calls me back around 5-6PM that evening.Now he tells me that after looking at things again, FHA regulations blah blah blah arent going to allow this to be processed for another month, bc of the gift money not being in the bank at so and so date. I fired him on the spot..My biggest problems with Josh are this.1. He was arrogant and confident on his end the whole way, saying he had it under control, doing everything he can.all the while he didnt have a clue what he was doing.I STILL dont know why he put me under FHA and their guidelines, when I told him I had the down payment for conventional, and we easily qualified for it.I never wanted to do FHA, but me not knowing the industry, I trusted this had to be the way.This constant pushing back month after month, cost me $3400 in rent along the way..2. Near the end, when he KNEW he screwed it up, and we werent going to be able to close, when I called and text him at 2PM to see whats going on the day before the close, he texts me hes going to call me back at 3PM bc hes in a meeting. (I have all the text log/call log to prove this) I dont get a call back.I call, I text, still nothing.Then I get a call from the seller around 4PM saying hes pushing it back again etc..SO INFURIATING to hear that from someone not named Josh Claudio.still no call back!I finally get a call from Josh in the evening, and he gives me the bad news about pushing it back ANOTHER MONTH.says its out of his hands, hes done the best he can with my “special situation.Like I said, I told him I couldnt stand for this incompetence, and was going to explore my options elsewhere.I got a hold of another mortgage broker at 9PM that evening.I CLOSED ON THE HOUSE, USING A CONVENTIONAL LOAN, IN 13 BUSINESS DAYS FROM THE TIME I FIRED JOSH.The simple fact that I closed basically as quick as humanly possible, starting fresh with a brand new broker only days after firing Josh, shows that he did not handle my loan properly.Simple as that.nothing can refute that. He simply dropped the ball, filed it incorrectly somehow, and did not get me to the finish line as promised.I can appreciate the fact that he did put a lot of time into this, I honestly believe he tried to get it done.but at the end of the day, he did not get the job done, and basically jerked me around for months, costing me more rent. 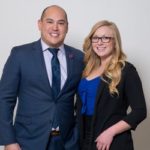