This is an archive of a consumer complaint published against The Corcoran Group  Park Slope at DirtyScam.com-

We didnt choose to work with The Corcoran Group  Park Slope, but the owner of the apartment we wanted to rent had hired Corcoran to help her rent it.We worked with Quinn Hagstrand, the broker, but never met him in person once in the entire process  he was always too busy, and everything was handled over email.While he was trying to get us to sign the lease, he responded to emails instantly.But once we signed the lease and dropped off our checks (including hefty brokers fee) at his office, he immediately became nonresponsive on email.I guess once they have your money, youre not important to them anymore  he was out spending his time trying to close other deals.Meanwhile, we were still waiting on condo board approval, finding out when we could get the keys and move in, etc  and Quinn would take days to respond to emails or not respond until I followed up multiple times.We paid thousands of dollars for a broker fee — I think responding to emails in a timely manner is a pretty reasonable expectation.I love the apartment we ended up with, but I would definitely not work with Corcoran again. 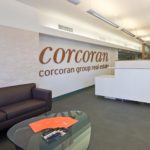