This is an archive of a consumer complaint published against The Core Team USA Mortgage at DirtyScam.com-

I used Supreme lending for the mortgage services and I had mixed experience with Supreme.Initially i tried to reach out to Brandon Ore and response was not great and didnt give a quote as i was with other preferred lender with that builder and mentioned builder wouldnt allow the lender change (May be correct from his side but dont think it is a fair lending practice to deny a initial quote).I had to move on to another external lender.I contacted Mike Remington later and Mike was great in service and helped me even when he was in vacation.He spent lot of time in explaining the stuff except why the rate is higher with Supreme.Supreme lending interest rates and origination charges are more compare to other lenders, I have seen at least 0.25% higher interest rate and around $700 extra in origination costs.Later learnt that if you go with loan officer like Mike youll lose 1% credit which you get if you go with owners of the company.Another issue is they lock the interest rate exactly to the date of initial projected closing and if builder delays the closing then there will be lot of questions.They can lock the rate with better buffer period but not sure why they dont do that. 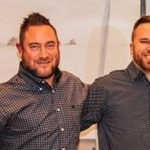