This is an archive of a consumer complaint published against The McPartland Team at DirtyScam.com-

The mortgage process is inherently a stressful process and being a first-time homebuyer, I didnt know what to expect.I was referred to this team by a friend and while they eventually got me a good rate, their service left much to be desired.In a nutshell, I felt that they provided very little communicationmore piecemeal than comprehensive and attentivewhat I would consider good service.There was no explanation of the process, no follow-up and they were not very responsive.I received the Loan Estimate but no follow-up call to review it, even after repeated voicemails and emails to the team.The two other banks I had requested an estimate from had no problem getting on the phone to review each line so that I understood the numbers.Not this team. I had to rely on real estate friends and my lawyer to walk me through the details of the Loan Estimate issued by PNC.In addition, I feel that this team could have done a better job communicating the mortgage process.I received repeated assurances that we would be clear to close by a certain timethe time came and went and I had no explanation for the delays.Dan was at least responsive to my emails but only so far as to answer the immediate questionsthere was no effort to provide me with a more clear explanation of the process so that I would have a more realistic idea of timing.The loan package finally came and I closed on the house but again, not a peep from the team before or after closing to see how things went.I feel that if they had spent the time communicating, explaining the process and walking me through the different stepsand helping to better manage my expectations (I guess you would call that service?), I would have had a better experience.Instead, I felt like I was basically on my own trying to navigate all the different steps towards closing. 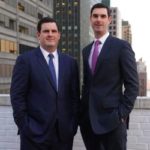