This is an archive of a consumer complaint published against The Sherry Riano Team at DirtyScam.com-

I closed a refinance with DNJ Gateway Austin Herbert team.On the plus side, I got a good rate, and I have no reason to think anything was done incorrectly.However, I left the closing feeling that I had been taken.I requested a specific amount for refinance, and only that amount.I didnt sign my Truth in Lending statement in the loan package because the loan amount was approximately $5,000 more than the amount I requested.I left a voicemail with Austin Herbert noting the incorrect amount.When I needed to sign documents for my Application Package, the amount was still incorrect, and I spoke face to face with Jennifer Hammond, who said that it would be corrected, but that I HAD to sign this document, as it was part of the original loan package.Later in the process, when I saw the amount was not corrected, I emailed the closing attorney and ccd Jennifer and Austin.At closing, the amount had still not been changed, and my only option at that point was to delay closing.I was told by the closing attorney the reason DNJ didnt change the amount was probably because they would have to created a new loan package.But also, their fees are based on the loan amount.I believe DNJ Gateway inflated the refinance amount to increase their fees.I left closing feeling that I had been dealing with a chiseler and unscrupulous company.I would not recommend them. 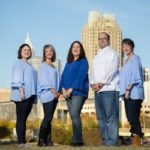