This is an archive of a consumer complaint published against The Tax Expert at DirtyScam.com-

I took my taxes The Tax Expert to be done in 2017 and I didnt have any issues. I brought them back The Tax Expert in 2018 and the that was a huge mistake!I dropped them off in the beginning of February to be done and about a week and a half later having not heard anything from I called to ask the status of my taxes. No one knew anything.Instead of taking a message and someone promptly calling me back the famous line I got was call back in about a hour.After 3 or 4 calls like this I went in person to their office. This was not a professional office.They finally did my taxes and filed electronically or so I thought. My federal was filed but my state was not!This place was under investigation for filing fraudulent returns.When I called the preparer again questioning whether or not they filed my taxes and they said they did.They said the state refused the electronic file and they had to mail them in.No one ever called to tell me this. They were also on the news two weeks later for fraudulent returns.Its been more than a month and I finally called the Comptrollers office.They told me its under audit and they could not give me a time frame!I am now at the mercy of the state thanks to this office.I think my 120.00 that they charged to do my return should be refunded. 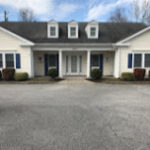