This is an archive of a consumer complaint published against Third Federal Savings & Loan at DirtyScam.com-

The review below applies to Third Federal Savings & Loan as a bank and not a particular branch.When I purchased the house in 2002, I originally had a loan with the builder.I then found a lower rate with third Federal. I went with them because they had this passport program.It was explained to me was that so long as I was a customer and had paid my $500 fee for the program at closing, I could modify my loan at any time, Provided I would pay the closing costs.This was not a one time option. In 2005, I exercise the option to reduce the interest rate.The 2005 closing settlement statement does not show the payment for the passport program but, the 2002 settlement statement probably would.At the end of 2005, I became a mortgage broker and started working in the banking industry.As I got more familiar with the industry, I realized that I was in a really bad position with third Federal because they are a private bank and have such aggressive practices.In 2010 when I asked The bank to reduce the rate again the bank did not want to do this because the property market in Palm Beach County was so bad.I explained to them that I was a passport customer and that hat that I had exercise my option in the past and would like to do so again.They said that program had changed, and they would no longer be offering an option to refinance. At that point, they became very aggressive with me.One of the spokespersons even suggested that I sell my jewelry after I had cashed out my small 401(k) to be able to make my payments.I exhausted all of my financial options and was unable to pay my October mortgage in 2012.I repeatedly asked for a payment plan or for a loan modification not a reduction in the mortgage amount but simply a reduction in the rate and to be put on a 10 or 15 year mortgage so that I could accrue equity in the home again.In January 2013, I was finally able to rent the property and was able to make mortgage payments.However, they would not withdraw the payments from my account.And explained that the payments had changed because of the escrow which was astronomical.I asked them to forgo the escrow so that I could pay my own property taxes and they refused.When I was unable to pay for three months, they then raise the escrow so high that I was unable to make the monthly payment.I was never able to get anyone who would help me revise modify or simply bring the payments up-to-date.When I would ask to bring the payments up-to-date, like for a payment plan they would simply say when can you pay us in full.They would also have collection agents call me and when the collection agents would call they would say, if you pay us we will get you a modification.There were several months that I did pay and as soon as I would pay they would tell me that I was not eligible for a modification.In the last 20 months they have charged me more than $32,000 related to my mortgage fees and the original mortgage was only $178,000. 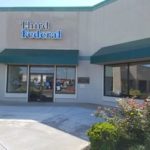