This is an archive of a consumer complaint published against Tony Lupescu  Fifth Third Bank at DirtyScam.com-

After committing to 5/3 for my loan, Tony Lupescu was largely dismissive of me, his team made several mistakes, and these mistakes were not remedied in a timely manner.Despite telling me in his sales pitch that he was available anytime and that he could provide a level of customer service that the “big banks couldnt match, I had to set up appointments through his assistant just to talk to him over the phone.These appointments were often moved back 5 minutes before they occurred, thus defeating the purpose of a scheduled appointment.Separately from this issue, Tony & his team made a $13,000 mistake (in the banks favor) 2 days before my closing.Despite many phone calls, it took me the whole day to get a hold of him to fix it.Who knows if anyone wouldve caught the mistake or fixed it in time had I not been diligent about reviewing all of the loan documents that were haphazardly emailed to me.It seemed to me that Tony was off trying to sell other loans rather than taking care of his paying customers.In addition, it took about 5 hours to close because 5/3 made several mistakes on the closing documents (for those unfamiliar with the process, it should take no more than 2 hours).I would recommend going elsewhere; all banks this day and age will provide you the same rate, but the “big banks likely wont make $13,000 mistakes (that you have to catch yourself).Even if they do make mistakes, they will probably fix them for you in a timely manner. 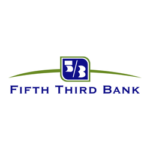