This is an archive of a consumer complaint published against Total Care Physicians at DirtyScam.com-

I liked Dr. Ciaccia but would never go back to see her because Alicia, the woman at the front desk, is crazy, rude and extremely unprofessional.She accused me of being a liar, hung up on me several times, and would not pass my messages on to Dr. Ciaccia.I was very sick with the flu at the time, had an awful cough and needed prescription cough medicine.My pharmacy lost the prescription and it was never filled.When I called Dr. Ciaccias office to let them know what had happened Alicia said “your boyfriend wasted it.When I told her I dont have a boyfriend and that the prescription was never filled, she hung up on me.Every time I tried to call back she would scream at me “your boyfriend wasted it and then hang up on me again.I was finally able to get in touch with Dr. Ciaccia and get my prescription but after telling her how I had been treated by Alicia there was no apology nor anything done to address Alicias out of control behavior.I would never go back to this Doctors office again. 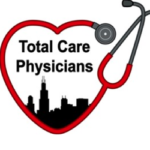