This is an archive of a consumer complaint published against Transamerica at DirtyScam.com-

Transamerica is the worst customer service I have ever experienced by a financial institute.I received an email saying a withdrawal was being pulled from an account (it didnt even specify which account) and then when I called to figure out what was going on, the customer service rep was incredibly rude regarding my questions (considering that this employer never even told me they were taking money out of my paycheck for a 401K).Then, after I became incredibly uncomfortable with the rep, I asked to speak to a manager at that point he refused and after my insistence, he put me on hold for literally 17min and then disconnected my call.I would never do business with them again. Finances and future planning is rough enough let alone with a company that lets anyone take money out of your account without giving you any answers what so ever. 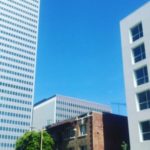