This is an archive of a consumer complaint published against Trelora Real Estate at DirtyScam.com-

Buyers and Sellers alike, please read this if youre considering going with Trelora Real Estate.I recently put an offer on a very popular house, currently shown by Trelora.We happened to run into the son of the owners while we were there, who gave us a personal walk-through of his childhood home, choking up quite a few times and in the process, of course I fell completely in love with the house.I even texted with him after the fact to get his insight and per his recommendation put an offer on the house, along with a letter for his parents.Now, Trelora said they would take all offers by noon and by 5pm, wed have an answer. So we waited and waited.And called and emailed until well after they closed at 6pm. We didnt hear anything from them again until 9am the next day to say the sellers hadnt decided.Thats fine but you couldnt call or email previously so we werent waiting all night??We wait some more and suddenly at noon, a third-party website shows its under contract.Still we had heard nothing. They werent answering my realtors calls or emails so I finally had to call myself.I was specifically asked if I was a realtor before anyone put me through.When I finally spoke to the person in charge, I ask him, What happened? Who got the contract?He tells me the winning offer and I ask if its final, as WE COULD HAVE OUTBID THEM and we were specifically told we would get a chance to.He says its too late, the papers are signed. I ask if theyre taking back-up offers. He says hes not sure.I ask him if he had passed on my letter, as I wanted the sellers to have that either way. “There was a letter? he says.When he finally talks to my realtor, she is given a much lower final offer with, “Actually, I was looking at the wrong house earlier.He then turns the tables on us to say there was an email chain that morning asking everyone if they can top certain offers.When we say we didnt get those emails, he checks it and says, “Oh, I must have forgotten to add you but we asked for the best and highest offer anyway.We double-checked and that wasnt in any of their previous correspondence at all.Do you smell that? Smells like a large bovine defecating.For SELLERS: You get what you pay for.Perhaps because they get a set commission, they dont really care that your house could have sold for an extra $10k, right?For BUYERS: This market is crazy! So if you must bid with them, proceed at your own risk since you will probably not hear from anyone before, during, or after the offer is sent.Best of luck. 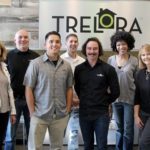