This is an archive of a consumer complaint published against Trinity Realty and Investment at DirtyScam.com-

My Father bought a house for my brother from Trinity Realty and Investment they did a excellent job they were representing a short sale.We put our offer long story short he got the house! Everyone is Happy.Than Francis introduced her son to my father to help refinance a loan and after a series of back and forth over the fact if their was a pre-payment penalty for refinancing they her son & another assosiate of his assured my father there was not a pre payment penalty and they got a check for about $3,000.00 deposit for the refinance from my father.They cashed the check and a few days later then notified my father there indeed was a Pre-paymnet penalty the loan processors did not want to return the $3,000.00 for the refinance then my father was able to convince Francis it was better to return the $3,000.00 deposit for the failed refinance rather than lose our business in the future she did the right thing and got him his $3,000.00 back.Then my Father became aware of a house becoming available on the market it was his neighbor that had told my mother they were going to sell and if she knew anyone that was interested and for the few months previous to this news Francis was showing my father listings for me to by a house.Well when my father told her about his neighbors home and that he wanted her help to buy this house she went and got the listing.Then she told me she would show me the house first. Then I get a invite to a open house?? How is that for a thank you ? Where is the LOVE??? We found them another listing which we wanted her to help us buy!Well after that invite to a open house I insisted on using another agent to work on the deal representing us since my wife was working with her agent for over a year and I felt uncomfortable dealing with Francis after what I felt was poor service.When I did that Francis would only communicate with my Relator through people in her office or e-mail she would not pick up the phone to talk to my agent for direct negotiations this info. was provided by my agent to me via e-mail after the fact.Then after a very strong offer we lost the house I guess it was to low but I am furious to how this went down.So I am letting the world know I have a real concern with how they handle their client relationships at Trinity. 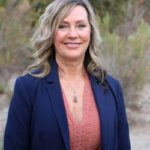