This is an archive of a consumer complaint published against Unchained Financial Services at DirtyScam.com-

CAUTION! DO NOT USE Unchained Financial Services! I contracted with this company for my business, state and personal taxes along with some bookkeeping for my business.They charged me a small fortune and messed up everything beyond belief. A 10 year old could have done a better job.They reported my income for WA state even though our contract and multiple emails state that my income was fro Idaho.Thus they did not file any taxes for the state of Idaho even though I paid them to do that.The owner handed off my personal return to a brand new employee who filed an EZ form for my taxes even though I made $200 k +, have multiple properties and tons of write offs, they filed my taxes electronically against my wishes and without me seeing or signing them.After 6 months of me asking for copies of the taxes they filed, they refused to give them to me and held them ransom until I signed a form giving them permissions to efile the taxes that they had already filed.A full year later I am still waiting to receive hard copies. They screwed up so bad that the main person in charge/ owner of the company?, Melissa, agreed to issue me a full refund. I paid in full in advance.I wont ever do that again. 6 months later I have still not only not received the refund, but had to argue with the CFO who couldnt stop lying to me about how much the refund was supposed to be for.Finally after sending her proof of the conversation she reluctantly agreed to the full refund and stated that the transfer would be made that day. 3 days later, still no refund.Next step is to have their state licenses pulled. Unless you want to be audited, and jerked around, DO NOT USE THIS COMPANY! 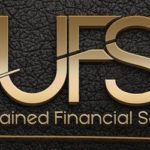