This is an archive of a consumer complaint published against Universal Lending at DirtyScam.com-

I recently purchased a house through ULC and had my closing botched by Universal Lending. That storm has passed, and its only two weeks later.During these two weeks, Ive gotten a TON of mail from all the secondary marketers ULC must be selling my name to, and just now a letter from the new owner of my loan.Not once did I get a call or letter from ULC, thanking me or welcoming me. I‘m glad to be done with them, although not excited about the podunk company they sold my loan to.Try calling their number and asking for Customer Service. Youll be sent through to an individuals voicemail without an explanation of who that person is. 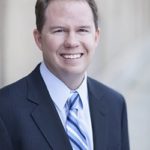