This is an archive of a consumer complaint published against University Federal Credit Union  West Jordan at DirtyScam.com-

I have an auto loan with University Federal Credit Union  West Jordan, I mail my payments in every month and supposedly since August theyve missed 2 payments.I tried to make a payment over the phone and it would cost $10, I tried to pay online and its the biggest hassle Ive ever gone through.I called to ask if the fees could be waived as I didnt receive a single email, letter or call until March and they wouldnt waive anything and called me a liar saying the left multiple voicemails, sent multiple emails and letters.I asked to speak with a manager about this and he called me a brat saying he wouldnt help me at all.Ive never spoken to such an unprofessional person. I would NEVER do business with this company again and I enoucarage you to do the same. 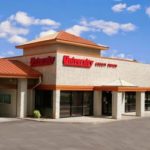